The idea that there are energies, attributes, and qualities that are inherently "masculine" and "feminine" has been around for a long time. In Taoism and Tantra, the universe is understood as a constant balancing of these energies as they ebb and flow in and out of each other: contraction leading into expansion and contracting again; movement followed by stillness, back to movement; day into night, night into day.

Even light itself is the constant morphing of wave into particle, particle into wave.

But lately, when it comes to understanding the balance of complementary forces in the universe, I've been leaning away from gendered language, toward the terms Yin and Yang.

I think that's because we have a cultural resistance toward The Feminine. Her values are not the values of patriarchy and capitalism, and we have a hard time seeing what we stand to GAIN from paying attention to her.

PLUS, if gender is just a construct anyway, and everyone has all these energies, then what's the point in giving them gendered labels?

But I'll be the first to acknowledge when I'm trying to tackle something above my pay grade.

So I decided to turn to those who spend the most time thinking about gender, patriarchy, and liberation: Queer people.

The Question: Is there still value in using these terms as we become more gender-progressive?

...and then talked to a bisexual femme friend of mine about it.

Yes, that was the extent of my investigative journalism. Blogging isn't my full-time job... I do what I can.

Here's what I learned.

Lesson #1: It's okay to gender energy as long as you don't impose it on individuals

I don't really care and I feel like most other queer people wouldn't as long as you aren't imposing that label on someone else, excluding the possibility of a mix, or acting as if something must have gendered energy. That being said, I'm not a spiritual person and don't ever think in terms of such energy, so I may not have the best insight.

At the same time... I was curious whether there are those who DO want to abolish the gendering of energy (and in general)?  My queer bisexual femme social worker friend says yes:

I think there are a lot of queer folks who want to abolish gender. And will react to anything gendered with anger and fear. And I think that's trauma-based -- when a thing has oppressed you and caused you so much harm, you can't maintain the flexibility to live in gray areas with it.

This hit home for me, even as a straight woman. I can feel the oppression of being told that being a woman, and "femininity," means getting the short end of the stick with so many adjective-pairings:

And even spiritually, it's difficult to wrap my head around a Feminine Energy that feels truly powerful.  I had a total lack of a goddess-figure growing up (and no, the Virgin Mary, who was adored for her virginity and obedience, does not count as a goddess-figure), women were prohibited from high positions of spiritual leadership, and there was that narrative of a woman's curiosity and desire for wisdom being THE DOWNFALL OF HUMANITY.

So yes -- there is subtle trauma around how The Feminine has been defined by patriarchal systems, and the lack of cultural respect that Feminine spiritual energy has received.

It makes a part of me want to throw the whole concept of gendered energies out the window.

But perhaps we shouldn't throw the goddess out with the patriarchy just yet....

Lesson #2: The gendering of energy is actually queer-affirming

Trans guy here. I think that masculine and feminine energies do exist, they just aren't necessarily connected to be male or female. One can be a woman all the way and still have some masculine energies, and vice versa. I've spent my whole life trying to figure out what "masculinity" is and how it relates to me. I think that describing it as an energy can be really helpful, as long as it isn't coupled with the belief that only people assigned male at birth can have masculine energy, or something along those lines.

My bisexual femme social worker friend (BFSWF) echoed this, telling me, "I actually find the gendering of energy to be really queer affirming!"  She explained,

In reiki, we talk about the fact that every person has masculine and feminine energy. All of us. When you do reiki energy work, you actually talk about how your right side is masculine, and your left side is feminine, corresponding to your left brain, right brain.

So all of us have both energies. All of us hold the potential for the entire range of gendered expressions in ourselves.

And that gender is clearly a construct.

So when we talk about energy being gendered, we're just talking about the same construct. We as a society have decided that emotional space is feminine. That's just a construct. And all of us have that feminine energy.

But gender being a construct is exactly the reason why trans people have existed since the beginning of humanity.

And that's a beautiful and sacred thing.

It invites us to let go of our expectations for how traits and bodies ought to align and frees us explore who we really are, and trust each other when we say, "this is who I am."

It's my belief that the people who tend to have the most trouble doing this for others are those who, in some way or another, struggle to feel that freedom themselves.

In tantra circles, one of the teachings that seems to get the most engagement is polarization of sexual energies.

The idea is that, by polarizing masculine and feminine energy within a couple, you can create INTENSE magnetism and chemistry, and the sex gets craaaazy hot.

It's my experience, there's often an assumption of heterosexuality around this -- that when MEN are more in their masculine, and WOMEN are more in their feminine, that their bodies literally generate magnetic energy that attracts them to each other, and there's something very special about the polar energies of penises and vaginas that is also an important factor.

But if gender is a construct, and the energies of The Masculine and The Feminine are alive in all of us, it follows that people of all genders in all types of relationships can benefit from this technique, right?

And they can take this "energy play" into much more creative directions as well!

Again, my BFSWF weighs in:

Part of why I think queer relationships are extra spiritual and divine (my high horse) is because there's much more freedom to explore the full range of gendered energies, without societal prescribed roles and expectations.

And that's the gift I think queer people can give straight people, haha.

Liberating them from the gender norms that keep them from accessing the full range of their divine energies.

For example, a trans man can be super excited for his cis female wife to fuck him with a femme cock.

Q: But why would someone who identifies as a man want to be fucked with a cock by a woman?

A: Because why the fuck not?  If you aren't limited by the gender role expectations that dictate "it's gay to want to be penetrated" or "women just want to surrender," then you are shutting yourself off from all kinds of opportunity to better understand the full potential of your sexual energies and the pleasures you can experience as you play with those.

Will you enjoy everything you try?  Probably not.

But you'll be a more liberated human for giving yourself permission to find out.

God is a Woman

Last night I had a session with a client in which we explored the idea of God as a Woman.

We are all much more familiar with a male-gendered concept of God, and I think is part of the reason why we tend not to honor and value the Feminine as much as the Masculine.

If the Ultimate Power, Source, Creator, "The Great I Am" is male, then of course we have a tendency to defer power, authority, and wisdom to men over women, or at least to whoever carries the stronger masculine energy.

(And thus the emergence of "toxic" masculinity....)

But in Taoist and Tantric traditions, the goddess Shakti, who is Life Force itself, is an absolute equal to the god Shiva, who is Consciousness.  Shakti is Every Thing, Earth, Body.  Shiva is No Thing, Heaven, Mind.

They are undeniably complementary and equally necessary. If we have preference toward one or the other, those preferences simply show us where our shadows are, and where we need to cultivate more inner balance to resonate with the balance in the universe.

To help cultivate a greater awareness and appreciation of Goddess / Shakti / The Divine Feminine, I created a quiz (based on information from Tao Tantric Arts for Women by Minke de Vos) to show you what these traditions understood about the Yin within us and around us.

Click below to take the quiz, and let me know what you think!

How to Start (and stick to) a Solo Sexuality Practice 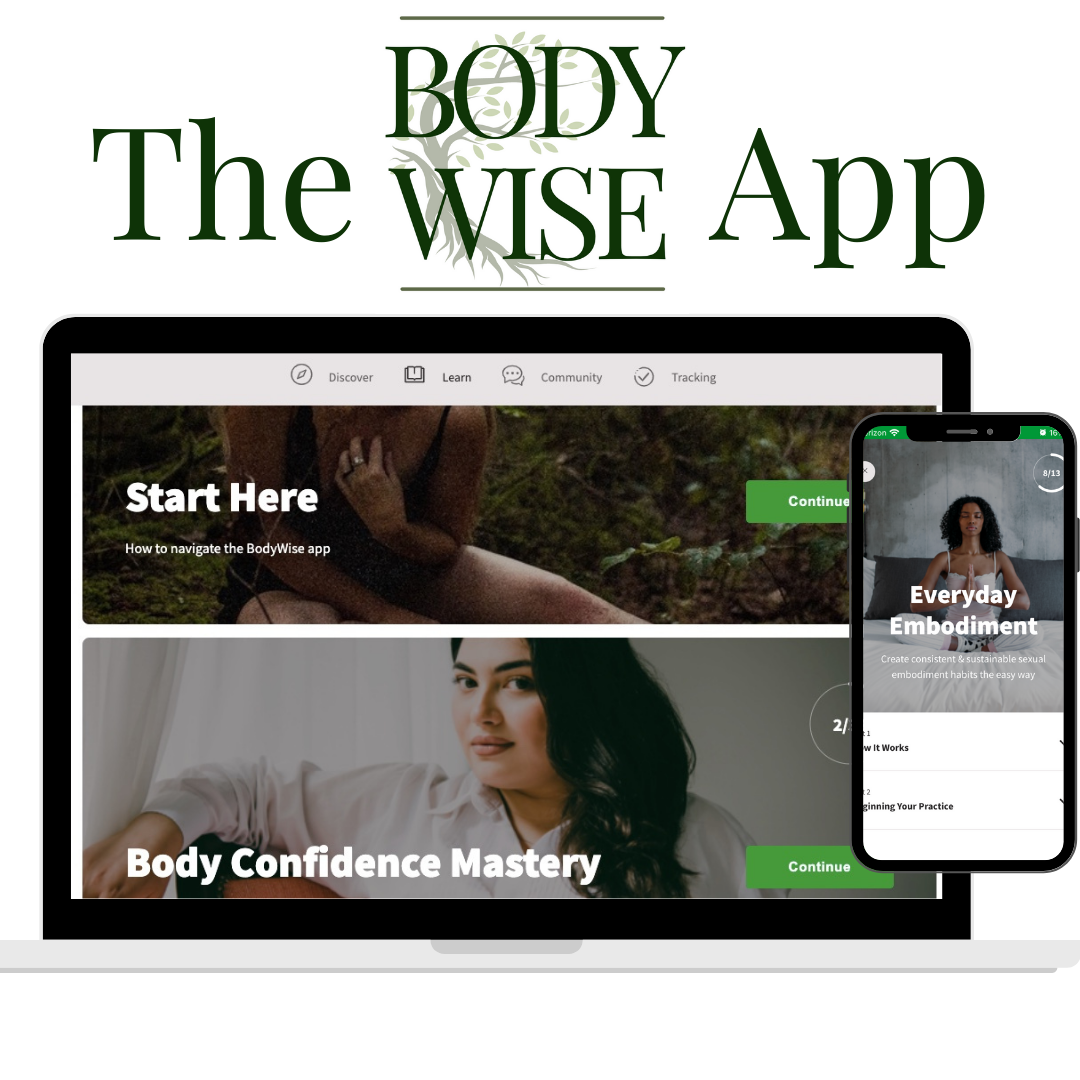 Try it for Free!