I help people unravel internalized shame around their bodies and sexuality, so they can embody the grounded love, expansive pleasure, and intimate union the human body is designed for! 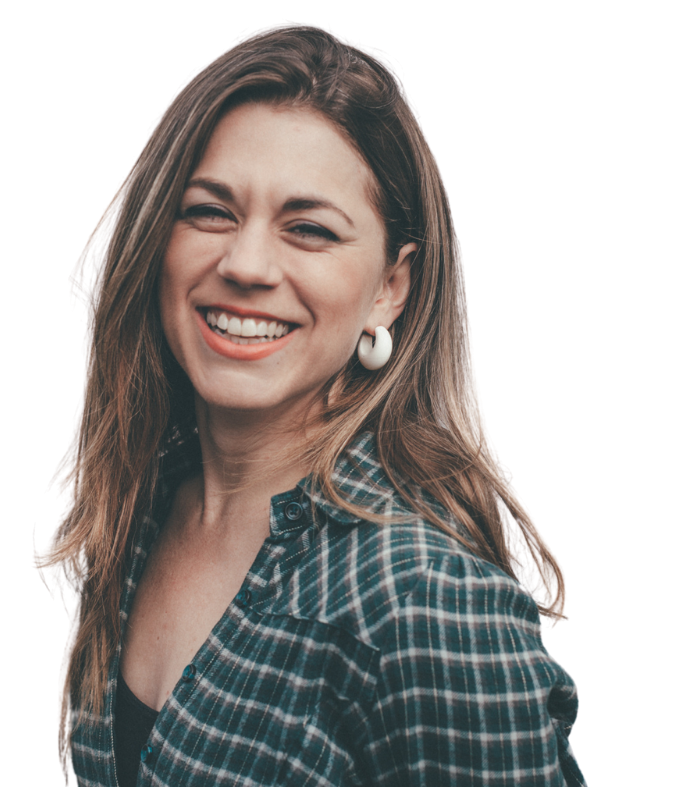 Since 2019, I have provided private Sacred Sexuality coaching to men, women, and couples seeking to elevate pleasure and deepen intimacy in their sexual connections.  First and foremost, this refers to the connection they have with themselves, but also with others.

In 2021, my offers expanded into a series of self-paced online courses. These are now housed inside The BodyWise App.

I write a lot about Patriarchal Sex Culture, because I want everyone to understand how the struggle for sexual aliveness and connection is not a symptom of individual brokenness.

These are the predictable outcomes of cultural narratives that normalize body shaming, victim-blaming, and slut-shaming. It's no wonder we find ourselves in patterns of sexual self-objectification, disconnected from the wisdom, nourishment, and pleasure of our own bodies.

Though it seems to serve the interests of men, patriarchal sex culture negatively impacts the sexual-spiritual vitality of every body, because it is motivated by superficial pleasures, power struggle, and ego-gratification.

Sacred Sexuality, by contrast, is motivated by embodied liberation, the ecstasy of aliveness, and intimate connection with the divine nature in all of us. Sacred Sexuality is available to, and in service to, every body.

Book a Call to Learn More

I help my clients to create new realities from the inside-out by unraveling the internalized conditioning of Patriarchal Sex Culture.

Through somatic liberation practices inspired by tantra, mindfulness, and sacred sexuality traditions, we are remembering how to relate with our bodies in ways that feel genuinely good to us.

We focus first and foremost on self-liberation, so that we can live in alignment with our deepest desires and embody the changes we wish to see in the world.

Patriarchal Sex Culture: A pattern of narratives, norms, and beliefs about human sexuality that dismiss, ignore, and undermine the needs and perspectives of the Feminine, resulting in a social epidemic of Toxic Masculinity, sexual abuse, slut-shaming, victim-blaming, and body shaming. Sub-cultures of Patriarchal Sex Culture include rape culture and incel culture.

Watch the BodyWise Manifesto to learn about the values and beliefs that drive my work and the world I am fighting for... 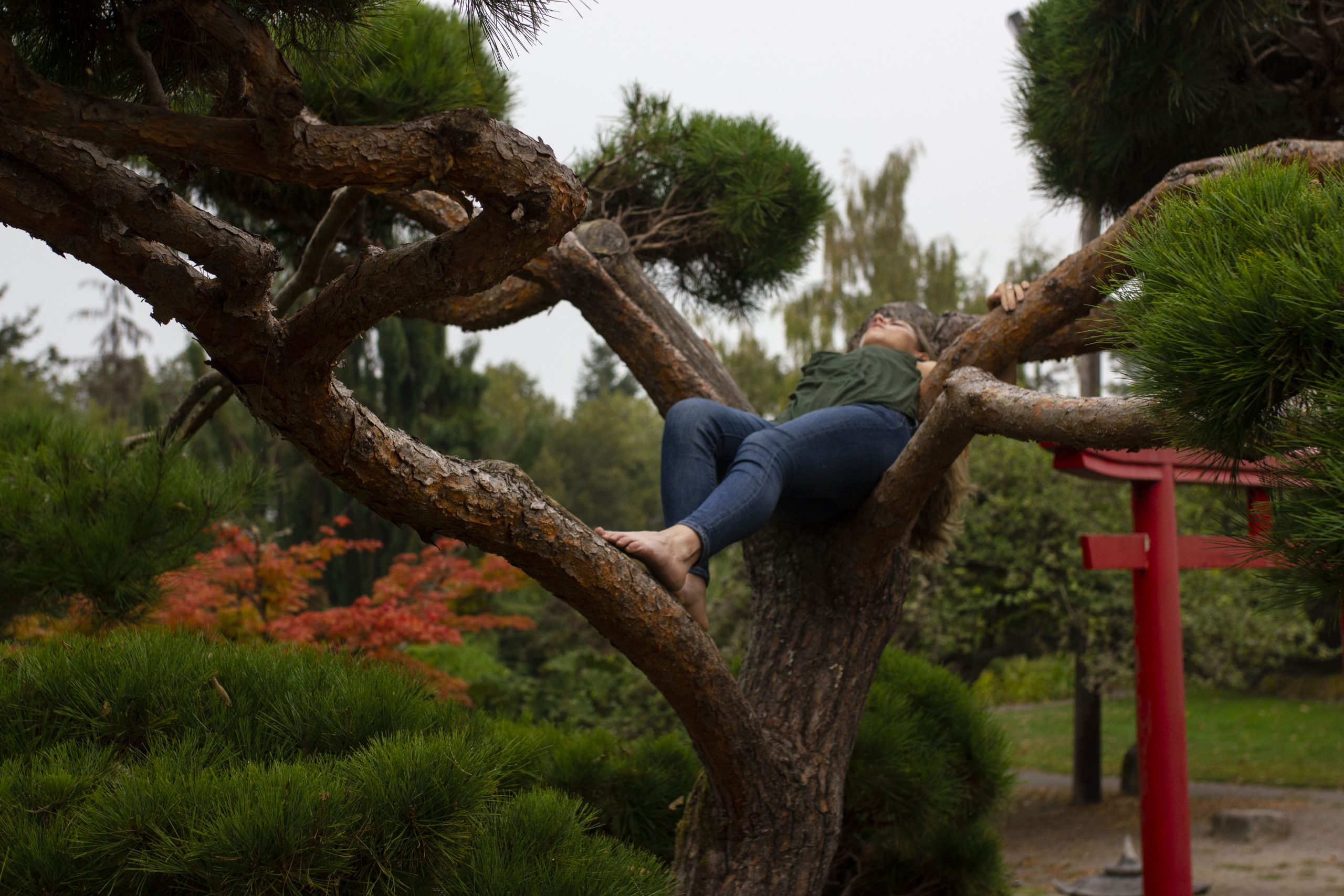 My coaching methods draw from the work and wisdom of many leaders who have paved the way for my own unique contributions to surface.  Being tantra-inspired, trauma-informed, and mindfulness-centered are 3 core defining elements of my coaching methodology and the teachers who I have learned from, either through direct mentorship or indirectly through their published work.

I completed a 600-hour training in the Vital and Integrated Tantric Approach to coaching (the VITA method), and received specialized certifications in Female Sexuality and Tantric Sex from the Tantric Institute of Integrated Sexuality, under Layla Martin. I have also taken Foundations of Tantrik Yoga, an 8-week classical tantra course, with Christopher Wallis (also known as Hareesh), and studied tantra from reading the works of Minke de Vos, Diana Richardson, Osho, Christopher Wallis, and Georg Feuerstein, among others.

I have interviewed over 100 U.S. veterans about the impact of PTSD on their health and relationships, before and after participation in a mindfulness program as part of a PTSD research team in Seattle.  This work led to the creation of a documentary, and co-authorship of 16 publications appearing in the American Journal of Medicine, Medical Care, the Journal of Clinical Psychology, the Journal of Alternative and Complementary Medicine, and the Journal of Traumatic Stress, as well as a chapter on Post-Traumatic Stress Disorder in the 4th edition of Integrative Medicine.

I have over a decade of experience working in psychology research labs exploring the benefits and mechanisms of change for mindfulness-based therapies such as Mindfulness-Based Stress Reduction (founded by Dr. Jon Kabat-Zinn) and Dialectical Behavior Therapy (founded by Dr. Marsha Linehan) on trauma and depression.

In my containers, you'll find yourself constantly invited back to your body, to self-awareness, to self-regulation, and to your power to respond (rather than react) moment to moment.

My coaching methodology combines the tools and processes I've found most effective from 8 years of researching mindfulness-based therapies, studying and applying the Tiny Habits behavior-change process to establish my own embodiment practices, and certified training in the Vital and Integrated Tantric Approach (VITA) to sex, love, and relationship coaching at the Tantric Institute for Integrated Sexuality. 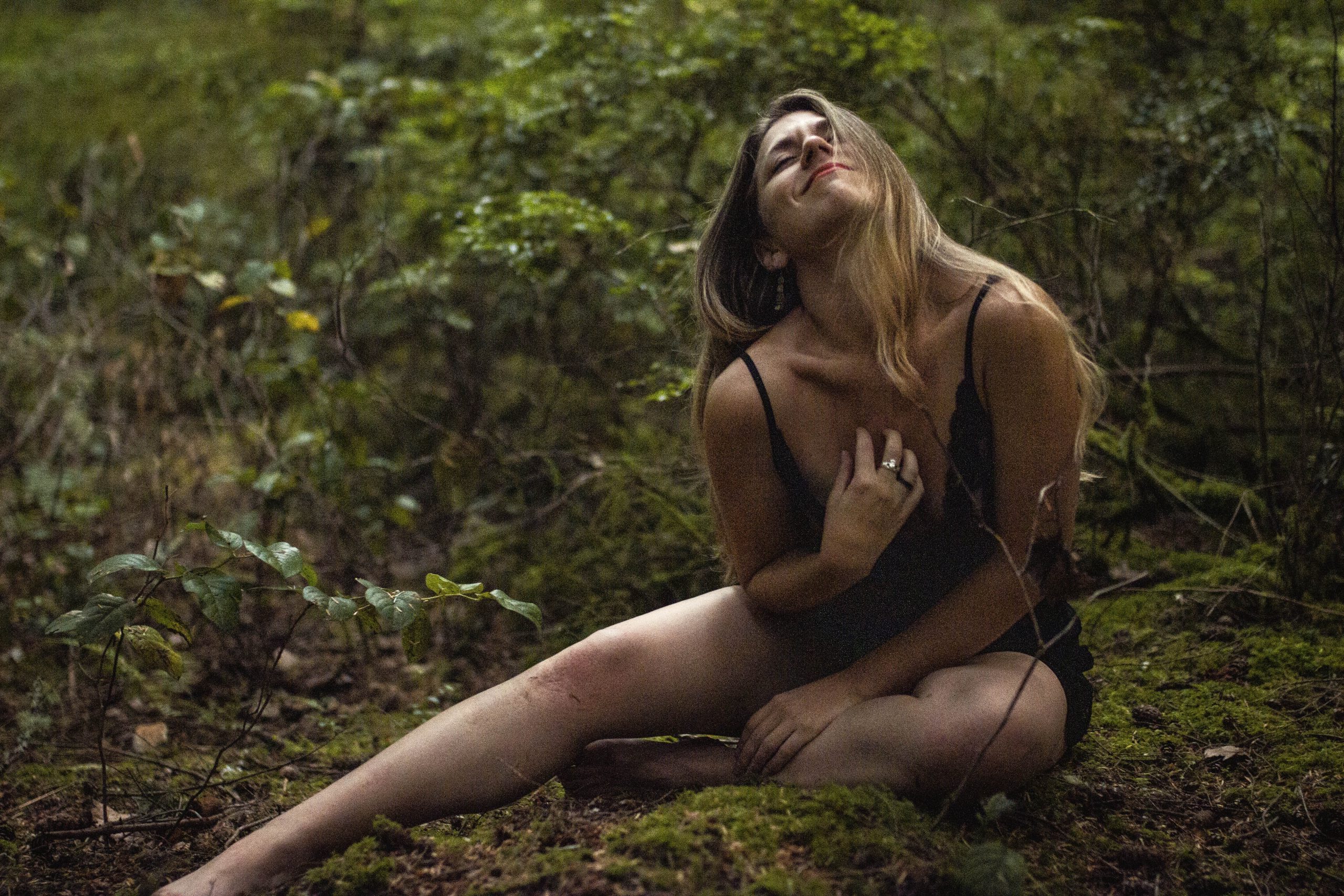 All Bodies are Built for Sex

In my early 20s, I worked as a server at a small, dimly-lit, super-intimate restaurant in Seattle.

It was the kind of place where regulars would convene every night, and the bartender would mediate conversations about politics, philosophy, and sex.

In an otherwise very sexually liberal environment, one of my female coworkers (let's call her Ashley) happened to be a conservative Christian, committed to not having sex until marriage.

One night, reflecting on Ashley’s abstinence, a male coworker remarked, “It’s such a shame. She has a body built for sex.”

Ashley had a very curvaceous body -- that va-va-voom-type body type that seems to be implied when someone's figure is described as "feminine" or "womanly".

Suffice it to say, that is not my own body type.

Immediately I felt my heart beat faster and my gut clench. It was the all-too-familiar feeling of body shame, usually triggered by an image or comment reminding me that my body shape is not the most sexy... not ideal... even "boyish," rather than womanly. That my body is a disappointment to the people I most want to attract.

I suddenly realized that he had put into words an idea that I'd been subconsciously internalizing for years, without even realizing it:

Some bodies are built for sex…and others are not.

And if that was true, what else did that imply??

That some bodies are worthy of sexual desire and others are not.

That some bodies are worthy of sexual pleasure and others are not.

That some bodies are worthy of the physical connection, passion, love, intimacy, power, ecstatic orgasm, and spiritual nourishment of a truly fulfilling sex life....

No. I refuse to accept this.

In a rare moment of being able to articulate and voice the exact empowering thing I wanted to say in response to something that triggered the hell out of me, I said, “Hey — ALL BODIES are built for sex.”

That happened over 10 years ago, and “All bodies are built for sex” has become the North Star of BodyWise Coaching.

Women are struggling to thrive sexually.

The sexual objectification of female bodies and the de-valuation of the Divine Feminine have led to three painful consequences:

Dismissing their own sexual desires and pleasure as too complicated, too time-consuming, unimportant, or downright nonexistent

Difficulty feeling safe and relaxed in sexual relationships due to past trauma, violation, and objectification

For far too long, I held myself back from participating fully and freely in my own sexuality, because I didn't think my body was "sexy" enough to have what I wanted...

I didn't have the proportions of a centerfold model. And because I'd only ever seen that type of woman held up as sexually desirable and powerful, and as the love interest in every movie, I internalized the story that deep love and passionate sex were for women with THOSE bodies.

In an effort to hate my body less, I tried dieting, excessive exercise, therapy, expensive makeup, you name it. I've fantasized about cosmetic surgery plenty of times.

Then, on a tantra retreat in 2019, I experienced the worst body shame spiral of my entire life.

Two days later, I was dancing naked on a beach with 40 other women, reunited with the natural love, joy, and awe toward my body that I hadn't experienced since I was a child... that magical time when I had no idea a part of my body or pleasure could feel wrong, dirty, sinful, or ugly.

That retreat was part of a year-long deep dive into Tantra-inspired healing practices that pushed me to confront my body shame and sexual shame at the same time.

In that process, I realized that in order to have a pleasurable and empowered relationship with my own body, I needed to realize that my body and sexuality are, first and foremost, for ME to love and enjoy.

I can have thriving relationships with my breasts, belly, and pussy that have nothing to do with anyone else's opinions or preferences.

And now I am using those tantra-inspired healing practices to guide clients into their own embodied experiences of wholeness, worthiness, and beauty, just as they are.

I believe that making the investment of a payment plan higher overall than the pay-in-full investment is punitive to those who can't afford to pay it all upfront, and I'm not into that.  If my service costs $3,000, you will pay exactly that amount whether you choose a one-time payment, a 3-month payment plan, or a 6-month payment plan.

NOTE: This does not apply to month-to-month subscriptions which can be cancelled at any time without penalty

My vision of cultural change includes a society that supports that sexual-spiritual thriving of EVERY BODY. To that end, 10% of the annual profits from my business go to groups who are doing the work at the intersections of economic justice, racial justice, and environmental justice.

It is important to me that my work is accessible and affordable regardless of your financial situation.  Substantial free content is provided in my blog and in my Facebook group, The BodyWise Collective, and membership to the BodyWise Academy (my growing collection of online courses) is only $20/month.

I am proud to offer a collection of FREE articles and videos to introduce you to my work and support your journey toward sexual-spiritual thriving.

Here are my latest pieces: